During the December Clayton Town Council meeting held at the Clayton Fire Station Mayor Alex Diaz presented to President Kevin Wilson their annual donation to the fire company. President Wilson was joined by Vice President Cheryl Hurlock and Deputy Fire Chief John Pridemore.In addition Town Foreman Jeff Hurlock and a past fire chief, Council members Johathan Burnett a fire captain, and past chief and past president Willaim R. "Skip" Carrow. President Wilson thanked the town not only for the financial support, but all of the support during the year. The members of the Clayton Fire Company would like to say thank you and we look forward to the continued support 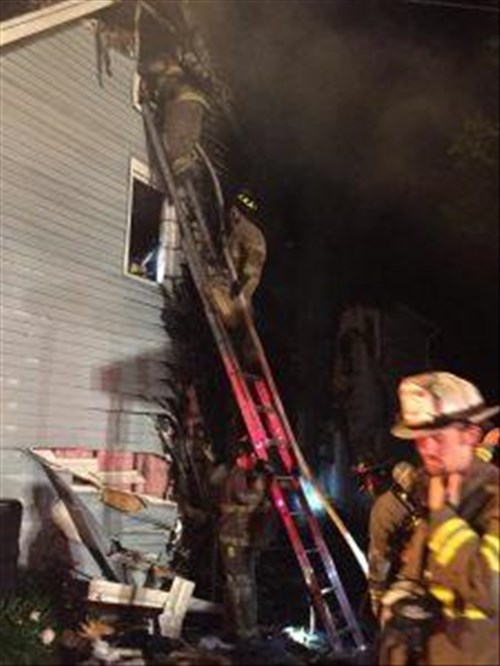