Wednesday evening at the Frederica Fire Co. Chief Alex Carrow completed his year in office as the President of the Kent County Fire Chiefs Association.  For the last yeasr since being installed in Clayton, Chief Carrow has served in that position.  During the meeting Chief Carrow was presented a few gifts from the association and his family.  During the installation at the meeting Chief Carrow was installed as a Director of the association for the upcoming year.  The company would like to congradulate Chief Carrow on his service to the Kent County Fire Chiefs Association.  Photo's courtesy Kevin Wilson. 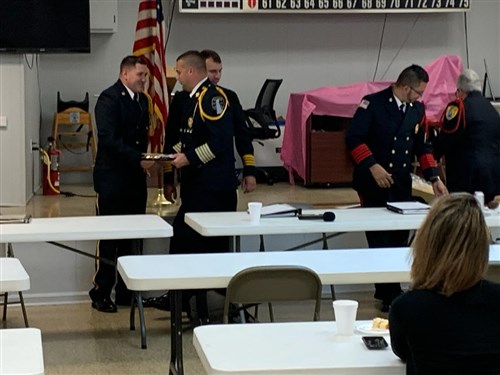 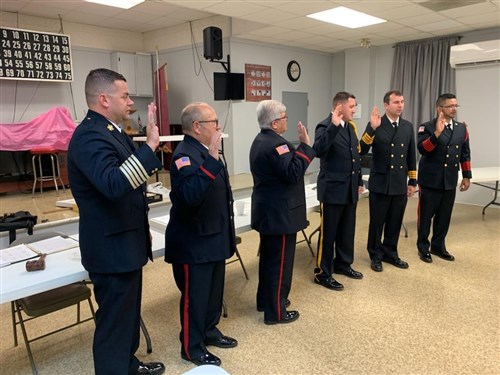 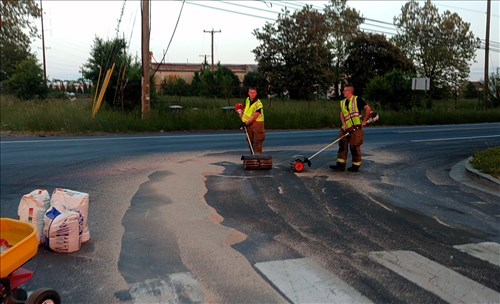