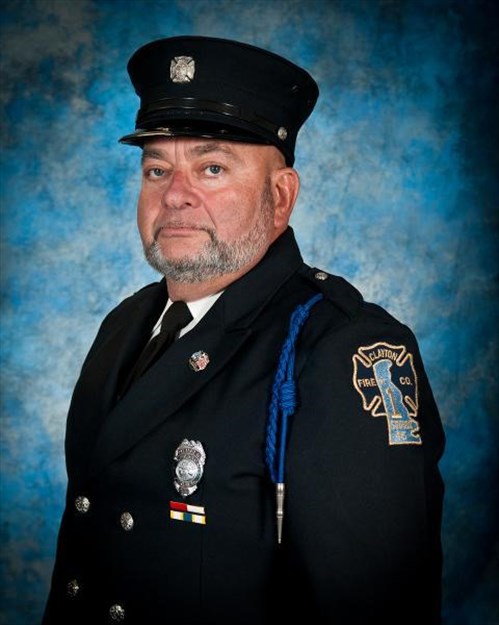 Richard A. Chase Sr. or Dickie as he is known joined the Clayton Fire Company on February 13, 1973. Since that time he has held numerous positions and served on several committees. He has held the following Administrative offices; President, Vice President, Director of Finance, Director of Building & Grounds, Director of Supply, Director of Recreation & Entertainment, he has been a Trustee. He held administrative offices for 33 years. He has served the following fire line offices; Lieutenant & Captain.
He also served as a President of the Clayton Fire Company LLC, a Holding Company and was the Chairman of the company’s 100th Anniversary Committee in 1991. He remarks his most memorable event in the Fire Service was when he won the Clayton fire Company Fireman of the Year Award. He also loves to attend the DVFA Fireman’s Conference Parade each year. Dickie has several members of his family who are also members of the company. His son Richard A. Chase Jr. is a Life Member is a prior Junior Firefighter of the Year Award winner and served on several committees. His step son Wade McNatt is a member a prior Junior Firefighter of the Year Award winner.  His brother Charles Chase is also a member.  He has two son in laws that are members; Joe Masten has been a member for several years and served as a line officer advancing as high as 1st Assistant Chief. His other son in law Eddie Ide is an associate member in the company. Dickie is married to Edie and has a daughter and step daughter who are not associated with the company;  Cheryl Ide and Aimee Masten. Dickie list his hobbies as; camping, motorcycle riding and wood working. Outside the fire company he is involved with; Delaware Good Sam RV Club where he has been State Treasurer for 8 years, the Fun Seekers RV Club where he held all their offices, the Moose Lodge and American Legion Post #14.