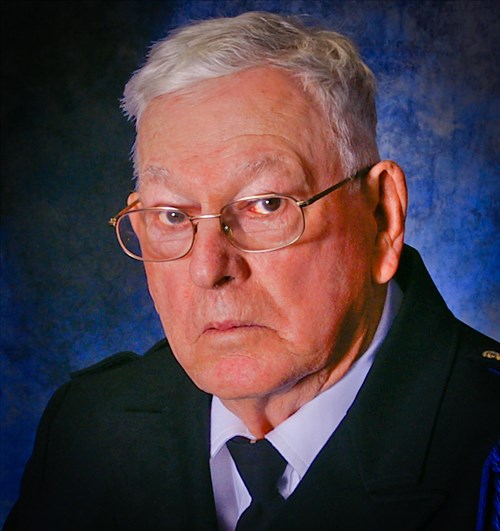 J. Wallace Hudson or Wally as he is known around the firehouse is over 90 years old and still active to this day. Wally joined the Clayton Fire Company in 1968 after doing stints in the Singerly Fire Co. of Elkton Md and Millington Vol. Fire Co. Wally currently is a fire policeman with the company. Wally has always been very active in everything he undertakes and the fire service was no different. After moving to the area he immediately became active in the fire company. Through the years he has held many jobs and positions. He has been a fire policeman since the mid 70’s, has held the offices of President, Vice President, Director of Equipment, Director of Finance and has served on numerous committees. He has received numerous awards through the years. He has twice been award the Fireman of the Year Award for the company, the Kent County Fire Policeman of the Year, State of Delaware Fire Policeman of the Year Award, Kent County Fireman of the Year Award, DVFA Fireman of the Year Award, Millington Vol. Fire Co. Fireman of the Year Award, the Jefferson Award for Public Service. Wally list his most memorable event in his fire service career as when he received his award for responding to his 5000th alarm.  Wally was not only very involved in the fire service but spent many years as the Scout Master for his local Boy Scout Troop. He lists his hobbies as working with any type of puzzles. Not only has Wally been an active member of the volunteer service but so has his family. His wife of 62 years Bertha is a Life Member and is very active in the Ladies Auxiliary. Wally and Bertha have 3 sons; Steve is a Life Member and Past President of the fire company, Mark is a Life Member of the fire company, he also has a son Barry who is not affiliated with the fire company. Wally has 2 grandchildren; Amanda is the daughter of Barry and Chris is the son of Steve and is a Past President of the Citizens Hose Co. of Smyrna.