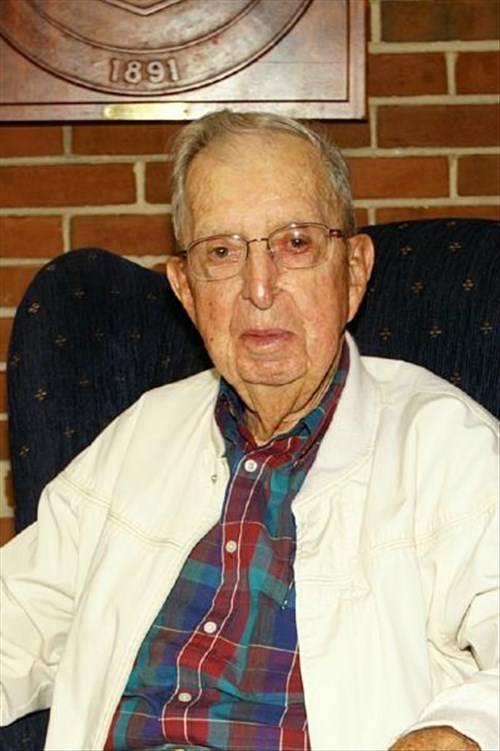 Past Chief and Past President Robert E. "Bob" Berghorn was the companies oldest living member at the time of his death in 2016.  Bob joined the fire company on March 13, 1945. Through the years Bob has held many offices and served on many committees. Bob has held the following offices; President, Vice President, Director, Trustee, Lieutenant, Captain, 2nd A/C Chief, 1st A/C Chief, Deputy Chief and Fire Chief.

Bob lists his hobbies/interests outside the fire service as serving on the Clayton Town Council and serving as Mayor of the Town of Clayton for 12 years. He served as a member of DEMEC Electric Co. He is also a life member of the VFW Post #8801 in Clayton, American Legion Post #14 in Smyrna. Bob attends the Ewell St. Paul UMC in Clayton. He served in the U.S. Army from 1945-1947.  Bob passed away in 2016 and was buried in Denton Md. with full fire company honors.