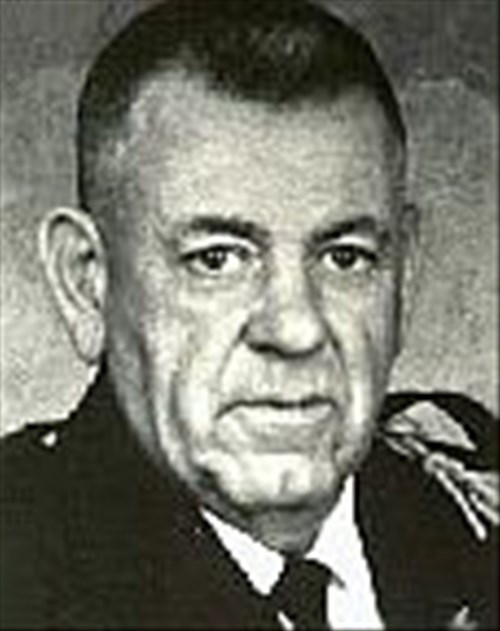 William R. "Ace" Carrow was a member of the Clayton Fire Company, No. 1 Inc. at the time of his death on Seltember 15, 1998.  He was born on May 21, 1922 in Clayton, Delaware. He was married to the late Manetta H. Carrow who passed away on November 4, 2006.  He retired as a MSGT, U.S. Air Force, where he served for 20 years and also served in World War II.  He also served 20 years in the civil service of the United State Air Force at the Dover AFB.  He was a Life Member of Clayton Fire Company, No. 1, where he held offices on both the Fire Line Officers and Administrative Branches up to and including Fire Chief and President.  He was the second person awarded Chief Emeritus for the company.  He was awarded numerious awards and citations from his company, county, state and region including his companies Fireman of the Year Award and the State of Delaware's Fireman of the Year Award.  He served as the 58th President of the Delaware Volunteer Firemen's Association in 1982-1983. He also served as President of the Kent County Fireman's Association and the DelMarVa Fireman's Association.  He was very active in the community coaching Little League, active in his church the Ewell St. Paul Church in Clayton and served on the Town of Clayton Town Council for several years.  He and his wife had 3 children; the Late Cynthia C. Brode of Harrington and her Husband Harold and their 3 children - Derrick, Kenny and Robbie, a daughter Catherine Pritchard and her husband Jim and their late son James III and a son William R. "Skip" Carrow II and his son Alexander.  Past Chief Carrow was buried with full Fire Department and Military Honors on Saturday September 19, 1998 at the Odd Fellow Cemetary in Smyrna.