Saturday evening March 11 at 6pm the station along with Station 26 were dispatched for the barn fire at 480 Oakhill School Road Northwest of Clayton.  As soon as Engine 45-3 with a crew of 7 with Deputy Chief Alex Carrow and Command 45 with Captain John Pridemore went responding Kent Center advised they were upgrading the alarm to a working fire due to several calls being received.  This added Station 44 for a Rescue Company and Tanker 24 who was replacing tanker 26 that was out of service.  Engine 45-3 was followed quickly by Quint 45, w/5, Lt. Jack Davis, Engine 45-4 w/4 Assistant Chief Ray Johnson and Rescue 45 w/5, Past Chief Jeff Lightcap.  Responding units could see a large column of Smoke as soon as they left town, the fire was approximately 7 miles from town.  While enroute Kent Center advised they were now receiving calls for a second barn on fire.  This added Tanker 44 to the response.  Engine 45-3 arrived secured the water supply and its crew stretched a Blitz Fire portable deck gun and a 2″ hand line, the crew was met with one building that had already collapsed and a second with heavy fire coming from it and several vehicles also on fire.  Arriving units from Townsend, Smyrna and Odessa assisted with placing 2 additional 1 3/4″ hand lines in service and assisted with fire attack and overhaul.  Crews were able to make a quick knock down and prevent the fire from spreading to a 3rd building close by.  Both buildings were destroyed along with several vehicles parked close by.  The fire is being investigated by the DSFMO.  The last Clayton unit was back in quarters at 9:30pm.  Clayton had 41 members respond on the call.  Thank you to Engine 51-3 for covering Station 45.  Photo’s courtesy, Joe Jones Sta 45, Curt Gruber from Sta. 44. 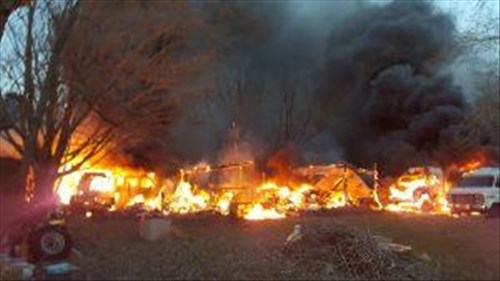 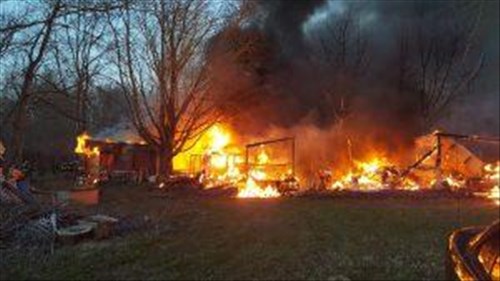 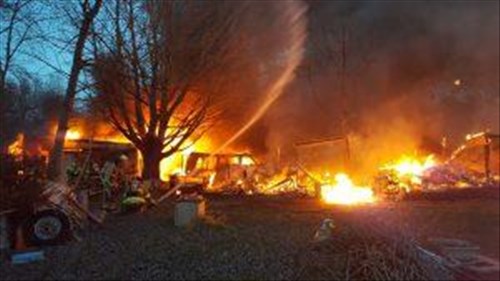 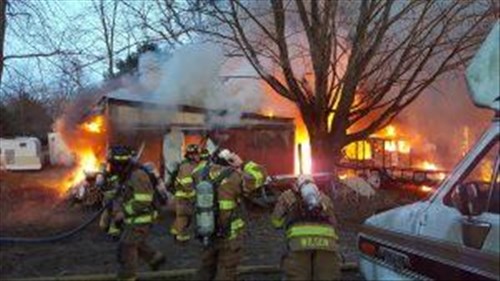 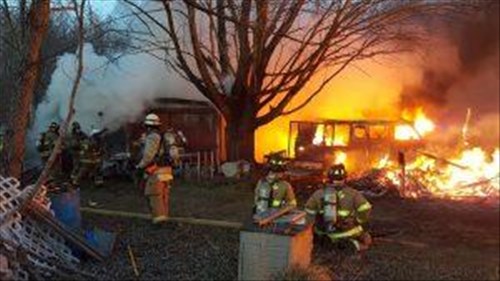 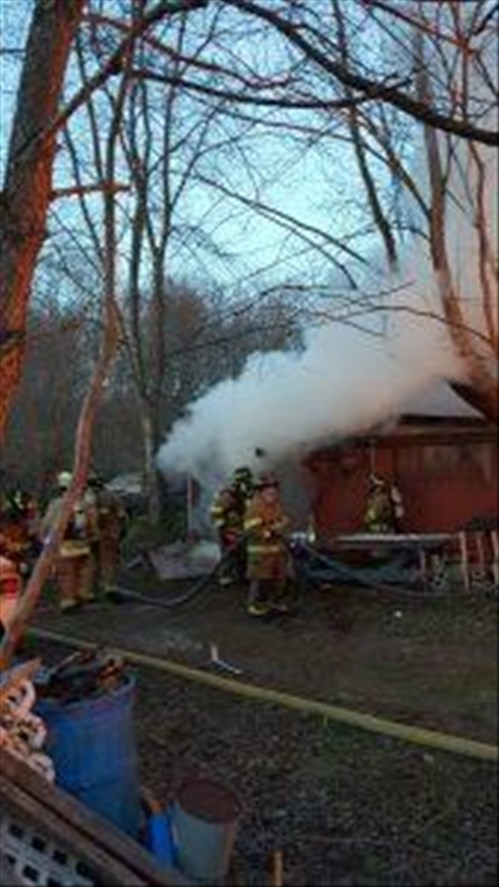 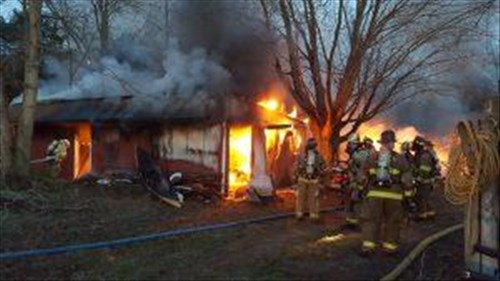 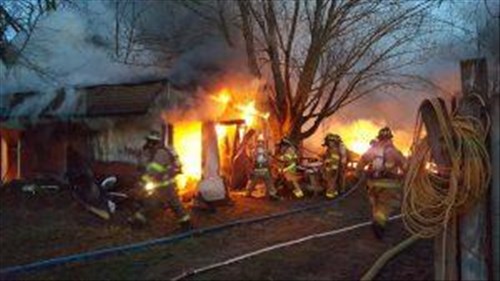 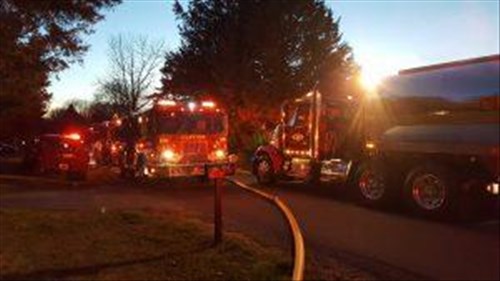 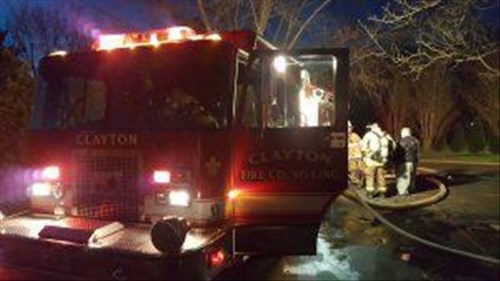 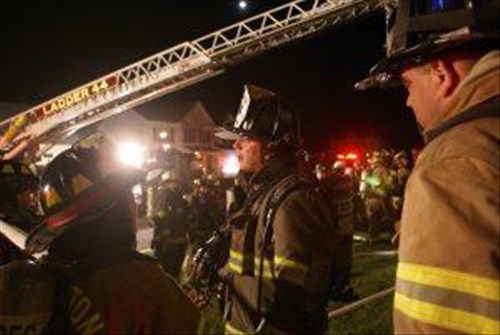